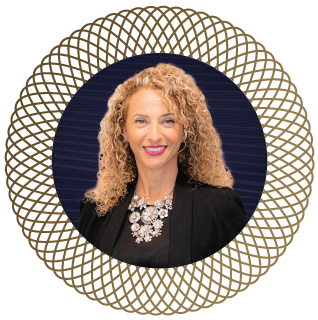 Track: Internationalization and diversity. Panel discussion
How can universities guarantee equality, inclusion and non-discrimination for all students and staff? Discussion Panel

Dr. Georgette Zinaty, MBA, MSc, DBA, Executive Vice-President
Dr. Georgette Zinaty is currently the Executive Vice-President at Corporate Class Inc and Practice Lead for their Center for Diversity and Inclusion. Dr. Zinaty has been an executive and senior leader at the University of Toronto. An alumna of the University of Toronto, Dr. Zinaty holds a Bachelor degree in English and Political Science, a Master of Business Administration degree from the University of Liverpool, a Master’s of Science from the Henley School of Business and a certificate on Leading Strategic Change within Organizations from Harvard University.
She holds a Doctorate in Business Administration—a joint program with the Rotman School of Business and the Henley School of Business. Dr. Zinaty’s research focuses on business leadership, diversity, inclusion and the future of leadership. Dr. Zinaty is also a Professor at Western University as well as the Rotman School of Business (#1 in Canada, #17 in the world).
Dr. Zinaty has worked at the University of Toronto for more than two decades, where she’s held numerous leadership positions. Most recently, she served as Executive Director of Advancement in the Faculty of Engineering. Previously, as Executive Director of Development and Alumni Relations at the University of Toronto Scarborough Campus (UTSC), the University experienced significant gains in alumni engagement, innovative new programming, positioning—and exceeded its campaign goals.
Under her leadership as Director for the University of Toronto Awards and Honours in the Office of the Vice President, Research, the University and its faculty realized significant gains in both international recognition and key performance indicators.
Dr. Zinaty is a strong advocate for leadership and inclusion within organizations. She founded and spearheaded an annual Leader-2-Leader conference to foster discussion on topics impacting the workforce. She is a frequent contributor and thought leader to Forbes on issues of leadership, inclusion and business. Dr. Zinaty’s research is unique having conducted noteworthy studies that are quantitative and qualitative with significant datasets and novel findings in the area of women and leadership, diversity and inclusion.
Dr. Zinaty has also served on a number of boards including the University of Liverpool Advisory Board where she was the only woman and only international representative. She has been an active member of the Business Excellence Awards Committee of the Toronto Region Board of Trade.
Dr. Zinaty has been a frequent panelist, keynote and a public speaker, including a TEDx talk, and most recently at the World Diversity in Leadership Conference alongside Martin Luther King III, world leaders and Julia Gillard Former PM of Australia. She is the recipient of the Canadian University Productivity Award as well as the Stepping Up Award in recognition of innovation in the workplace.
In 2018, she was named an “Immigrant Woman of Inspiration” by the publication Canadian Immigrant and has been recognized by the Premier of Ontario and Federal Members of Parliament in Canada for her volunteerism and work in the community. She serves on the Board of Advisors for the Entrepreneurship and Leadership Learning Alliance (ELLA at York University), Fund Director at the Creative Hub 1352 and is the Co-Chair the inaugural Canadian Chapter of ChIPs, a global organization that supports women in intellectual property and technology. She also recently launched a non-profit called WHEW! Women Helping Empower Women and published a book on the scarcity of women and diversity in leadership called Why Not YOU? where 100% of all the profits go to support WHEW!