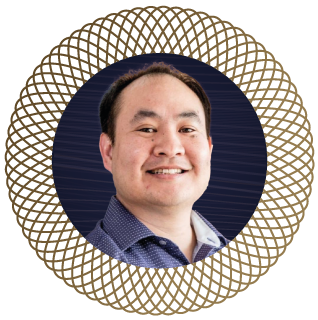 Dennis Yu is the Chief Technology Officer of BlitzMetrics, a digital marketing company which partners with schools to train young adults.

He’s an internationally recognized lecturer in Facebook Marketing and has spoken in 17 countries, spanning 5 continents, including keynotes at L2E, Gultaggen, and Marketo Summit. Dennis has been featured in The Wall Street Journal, New York Times, LA Times, National Public Radio, TechCrunch, Fox News, CBS Evening News and is co-author of Facebook Nation – a textbook taught in over 700 colleges and universities.

He’s a regular contributor for Adweek’s SocialTimes column and has published in Social Media Examiner, Social Media Club, Tweak Your Biz, B2C, Social Fresh, and Heyo. He held leadership positions at Yahoo! and American Airlines and studied Finance and Economics at Southern Methodist University as well as London School of Economics.

He ran collegiate cross-country at SMU and has competed in over 20 marathons including a 70 mile ultramarathon.

Besides being a Facebook data and ad geek, you can find him eating chicken wings or playing Ultimate Frisbee in a city near you.